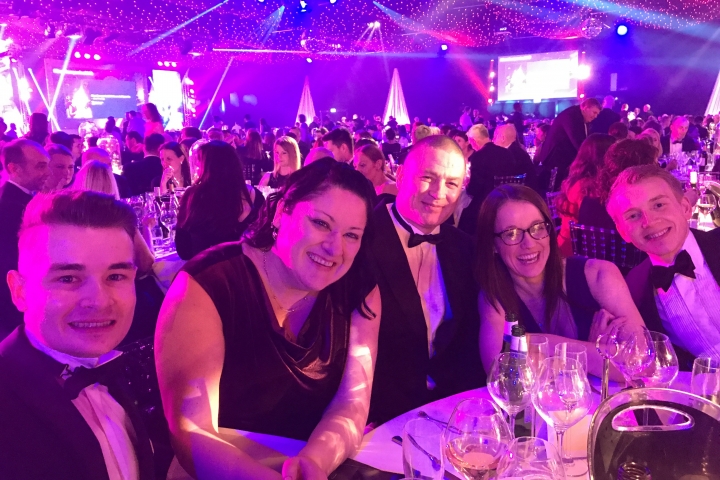 Lindum voted one of the best UK companies to work for again!

KGM is delighted to announce that it is still officially one of Britain’s best places to work
For the 14th year in a row, KGM Roofing’s parent company Lindum Group has been named among The Sunday Times Best 100 Companies to Work For.
It follows a survey of employees, which measured factors such as personal growth, wellbeing, leadership and team spirit.
Last night, during an award ceremony at Battersea Evolution in London, it was revealed that Lindum had been placed 22nd in this year’s Top 100 list (up from 37th last year)
Group Director Freddie Chambers, who attended the event, said he was proud the company had been included once again, but said the team never takes it for granted that it will make the cut.
He said: “We always say that ‘the difference is our people’ and we try to make sure that philosophy is embedded into everything we do.
“Our business is founded on excellent client relationships and we believe the best way to ensure those relationships thrive is to ensure we look after our employees. If we take care of our people and share success with them, then our people will look after the business.
“The survey was conducted in November and given that some of our employees are working outdoors on building sites, we find the results even more encouraging.
“This award is great for the company but it’s also a reward for the teams, as they are the ones who make Lindum Group what it is.”
The Sunday Times Best Companies to Work For list is compiled based on research from the largest survey of its kind.  Half of Lindum’s 652 employees were asked to complete a questionnaire, which is then marked by a team of independent judges from the Sunday Times.
Lindum is a large construction business with offices in North Hykeham, near Lincoln, York and Peterborough. It has 12 divisions, including KGM, which joined the group in 1979 and is based out of the Lindum business park in Newark Road.
The company was founded by John F Chambers in 1956 and his son, David Chambers is the current chairman. In 1994 Lindum Group launched a share scheme and currently 410 employees own a stake in the business.
In addition to their salary and share dividend, each employee receives an equal share of the company’s profits at the end of every year. Seventeen employees from across the Group were joined by three clients at the high profile awards evening.