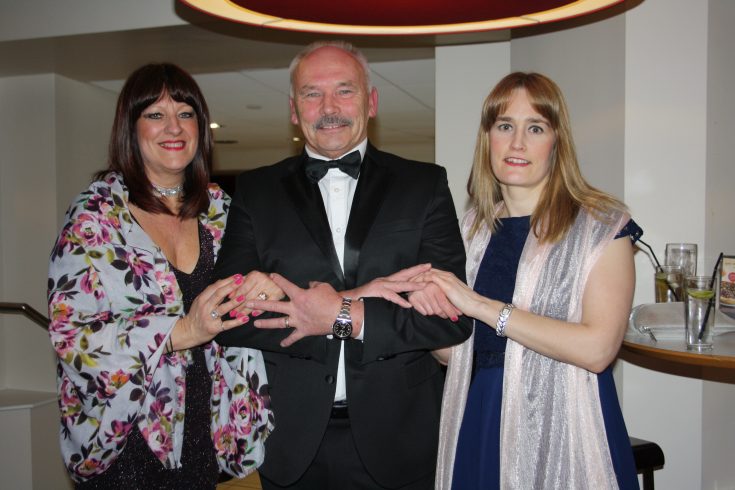 Top 100 Companies To Work For

The ‘Top 100 List’ was announced last night and KGM Roofing, part of Lindum Group Ltd, was named as the 38th ‘Best Company To Work For in the UK’ – the thirteenth consecutive year it has appeared in the best 100 companies list.

The prestigious award ceremony for ‘The Sunday Times Best 100 Companies to Work For’ was held at Battersea Evolution, London. Lindum employees were among the guests present as the rankings were unveiled and celebrated the Company’s impressive 38th ranking, being one of the top 40 companies in the UK to work for.

Simon Gregory, Lindum Group Director, said “This is the closest event we have to the Oscars as we know we are in the running but have no idea of the final position until it appears on the big screen. As the results are entirely dependent of the information supplied direct to Best Companies by our employees, we do not know how we have performed until the night. Being named as one of the top 100 companies to work for in the UK is impressive to say the least but as a construction company where many of our employees are working on building sites, during the winter months, when the survey takes place, it is even more refreshing.”

“This year is the thirteenth time we have been named in the ‘Top 100’ list and, with over 600 employees performing a diverse range of job roles, it is never something we take for granted. More important than the accolade the Group receives is the information gathered from the anonymous employee questionnaires which helps us identify areas where we can improve, and there are usually lots!.”

The Sunday Times Best Companies to Work For’ lists are compiled based on research from the largest survey of its kind and measures things such as personal growth, wellbeing, giving something back, leadership and team spirit.

The 16 employees from across the Group were joined by four clients at the high profile awards evening.

Sally Wells, PA to the MD and Office Manager for KGM Roofing, was among those who attended the event at Battersea Events Arena, London, on Thursday 23rd February.

Sally Wells joined Lindum Group in 2012 when she took up her current role with the specialist roofing and cladding division based at the Peterborough Office, KGM Roofing. Sally explained “Since starting work for the company some four and a half years I have enjoyed every minute thanks to the variety of work, no day is ever the same, and also the great team of people we have here. Part of my role involves attending networking events and meetings with clients and other partner organisations and, not only am I honoured to represent the company, I am incredibly proud to be a shareholder.”

Jonathan Austin, CEO and Founder of Best Companies, added “I would like to congratulate Lindum on their outstanding achievement. Lindum should be extremely proud of their achievement and the fact that their employees think Lindum Group is such a fantastic place to work.”