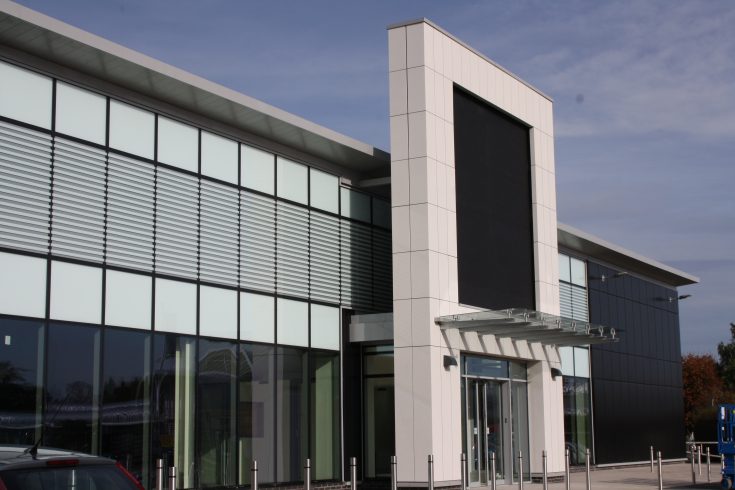 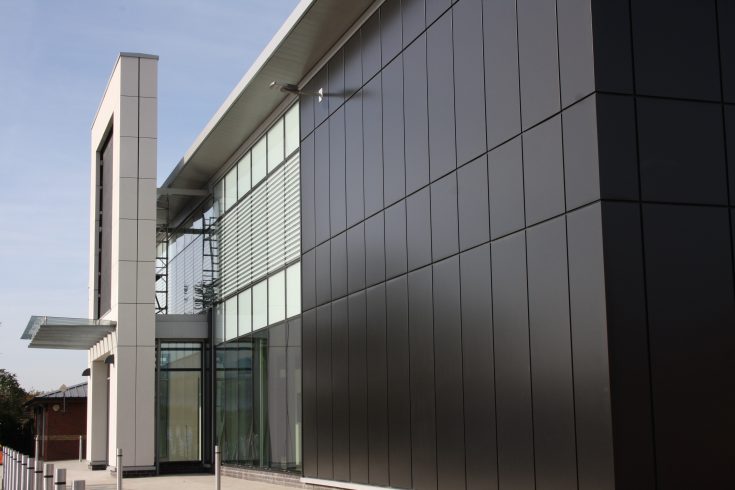 KGM Roofing is proud to have completed a major contract for national retailer M&S.

The company has installed comprehensive cladding systems on the walls and roof of the chain’s latest Foodhall in Lincoln.

Ribbons were cut on the new building on Thursday, November 29.

The work involved a team of twelve fully-trained KGM employees who travelled to Lincoln for seven weeks to complete the project – which was the company’s first contract with M&S.

It also saw KGM use a new cutting edge Scandinavian wall covering system called Q-bis, which is known as a ‘secret fix’ system as all the fastenings are hidden behind the cladding panels.

KGM’s Managing Director Jason Harvey said he was very pleased with the project and the quality of the installation by his site teams.

“We are really pleased to have been involved in this prestigious Lindum Group project at the Moorland Centre in Lincoln,” he said.

“To see the quality of installation carried out on the roof and wall cladding systems we have installed is a credit to the hard work of everyone involved within the company.”

Mr Harvey believes the fact KGM directly employs all its own operatives means the company can guarantee its workforce is fully trained in whichever system it is installing. He also said he hoped the contract would lead to more work with M&S.

The new two-storey, 11,000 sq. ft. shop unit was built by Lindum Construction, which also has offices in Peterborough. Speaking at the opening ceremony, M&S bosses said they were ‘blown away’ by the quality of the building.

Store manager Dan Ward added: “The whole team are really thrilled to be opening the store.

“As the building was going up, we used to drive by and take photographs and share them on the staff WhatsApp group. We were all really excited to watch it develop.

“Our project managers were really impressed with the quality of the building when it was passed over.”

Simon Layton, head of the region for M&S, said he was really pleased with the final result.

“It has been one of the smoothest store openings I’ve ever been involved with – from handover to opening. We’ve been really delighted.”

The new M&S Foodhall employs 68 people and features a bakery as well as 26-seat café serving a number of light bites and drinks.

MD of Lindum Construction, Simon Gregory, said: “We are really pleased to have been involved in the redevelopment work for our client the Lincolnshire Co-op.

“To see the store and the refreshed carpark open in time for the Christmas trade is a credit to the hard work of everyone involved.”

“The building is great. The finish is amazing and we were blown away when we first saw it.”

KGM is part of the Lindum Group and employs around 100 people from its Peterborough base.